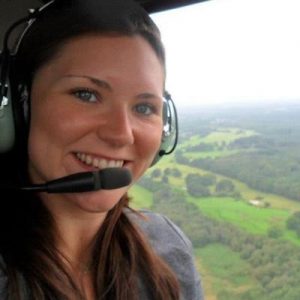 Dr Katie Plant, BSc, PhD is a New Frontiers Fellow in Human Factors Engineering in the Transportation Research Group (TRG) within the Faculty of Engineering and the Environment at the University of Southampton, UK. She received her BSc degree in Psychology from the University of Bath in 2008. During this time, Katie became interested in Traffic and Transport Psychology and went on to work as a Casualty Reduction Officer in the Road Safety team at Dorset County Council for twelve months.

Katie joined TRG in 2009 to work in Aviation Human Factors and has primarily worked on EU funded projects, including ALICIA (2009-2013) and i-VISION (2013-2016). These have involved the application of Human Factors methods to design and evaluate future flight deck technologies and aviation processes. Alongside the project work, she undertook a part-time PhD entitled ‘Investigations into Aeronautical Decision Making using the Perceptual Cycle Model’ (awarded 2015). This research explored pilot decision-making processes, in both individuals and teams, during critical events. In 2014 this research was awarded The Honourable Company of Air Pilots Trust Award for aviation safety research. This research has since been published in the book ‘Distributed Cognition and Reality: How pilots and crews make decisions’ (CRC Press, 2016).

Katie’s primary research interests center on understanding how the interaction of the environment we work in and the mental schema that we hold influence our actions and decision making processes. In 2015 Katie was appointed as a New Frontiers Fellow and continues to apply and develop Human Factors knowledge in safety-critical systems. Currently, Katie is  Co-Investigator on the Innovate UK funded Open Flight Deck project. Katie is passionate about teaching Human Factors and runs the module ‘Human Factors in Engineering’, which is offered to undergraduate and MSc Engineering students across the faculty. In addition to this, Katie supervises a number of PhD, MSc and undergraduate student projects.