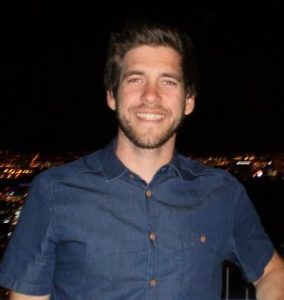 Dr Aaron Roberts, BSc, PhD is a Research Fellow in Human Factors Engineering in the Faculty of Engineering and the Environment at the University of Southampton in the UK. He received the BSc degree in Psychology from the University of Liverpool, Liverpool, UK, in 2007 and a PhD in Applied Cognitive Psychology in 2012 from the same institution. During the completion of his thesis Aaron attended over 200 tactical training days of Authorised Firearms officers, measuring the physiological arousal and cognitive capacity of officers as they engaged in highly immersive lethal threat training scenarios.

Aaron’s primary research interests centre on Working Memory and Executive Function, particularly changes to cognition that can occur in situations of high demand or threat. Aaron has examined the cognitive function of paramedics, pilots, submariners, fire service personnel, police officers and nurses in simulated operational environments. On completion of his PhD, Aaron spent time working in a neuroscience laboratory at the University of Plymouth using Electroencephalogram to examine embodied cognition. In this role his passion for using psychophysiological techniques to examine cognition continued to grow.

Since 2014 Aaron has worked on the Command Team Experimental Testbed (ComTET), a Ministry of Defence funded project. In this role he led the development and build of Europe’s only research centred submarine control room simulator, generating world leading research output in the submarine domain. Aaron has extensive experience in the design of simulations examining critical incident decision making, police tactical (firearms) decision making and submariner command team operations. Aaron recently became Co-Investigator on ComTET 2, after funding was won due to the success of the initial project.